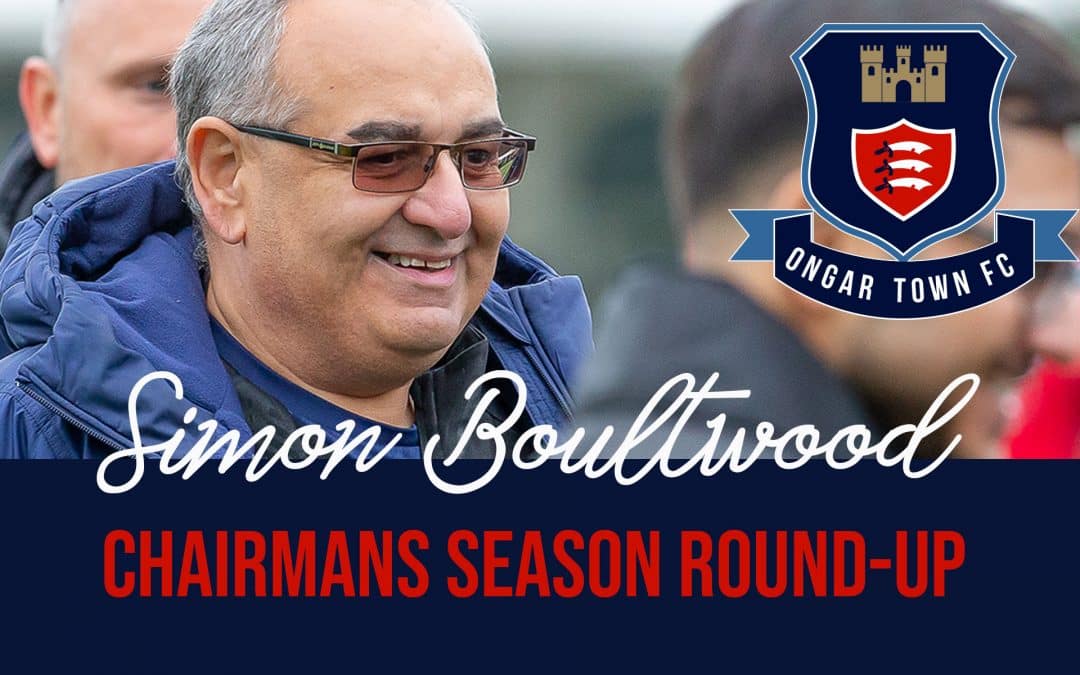 Its been a strange one. COVID! Stop start, was it going to finish like last season? The cups falling by the wayside again. So we concentrated on the prize. The first team winning the Division One title and getting promoted to the EOFL (Essex Olympian Football League) Premier Division and the reserve team achieving promotion to the third division.

Behind the scenes a lot of hard work. On the pitch Richard, Mark and Aman with the first team and Anthony ‘Drummy’ Drum with the Reserves supported by Mike Riley, a long term injured player whose now back playing.

I have to mention Kelly Stone, our social media and design guru who joined the Ongar Town family. With her company Kelly Designs, she has increased our online presence. The image of the club has been taken to another level. She is already known in Ongar as a stalwart character, a person of action and a supporter of local businesses and charities. In todays game, good social media is paramount in helping develop the football and commercial side of a club.

All our contributors are volunteers. They do it for the love of our club and of our wonderful town. A heartfelt thanks to all our people off the pitch, who do a very difficult job supporting the players to do their thing. Without them Ongar Town FC wouldn’t exist, let alone achieve its aims. Thank you! I love you all.

Well the first team achieved what it set out to do. Division title and promotion. Up to step seven and on the football pyramid proper. In the EOFL Premier Division. The reserve team came very close to promotion, finishing fourth. So close. The first team could have completed the season unbeaten but that wasn’t to be. And thats football.

The first team were the highest scoring team in the whole EOFL with 62 goals, Aaron Blair, a first team player, reached 100 goals scored in three seasons. He has retained his EOFL Golden Boot with 28 goals, though he shares it this time.

So a very happy and successful 2020/21 season, despite Covid. Lets not forget our Charity Cup Final on Friday 4th June. 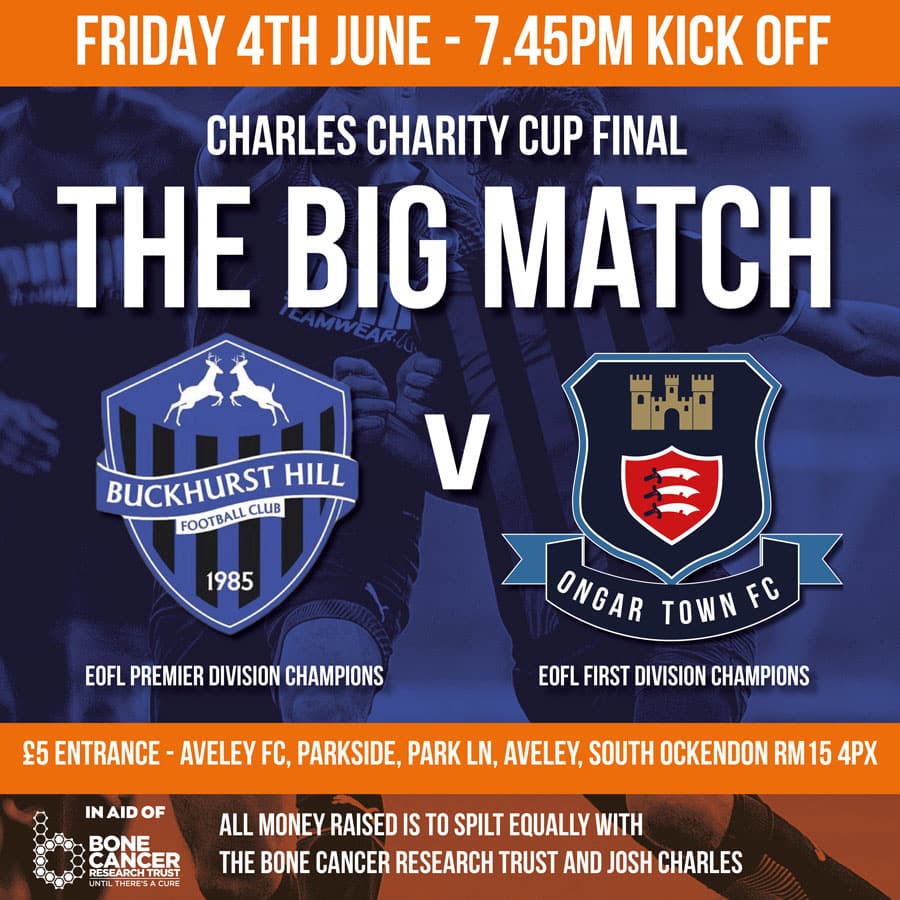 Spectators are allowed, so come and support us and raise some money for a very worthy cause, The Bone Cancer Research Trust.

There are lot of exciting changes happening in the coming season to this end, which we will announce soon. Its going to be an exciting 2021/22 season for sure.