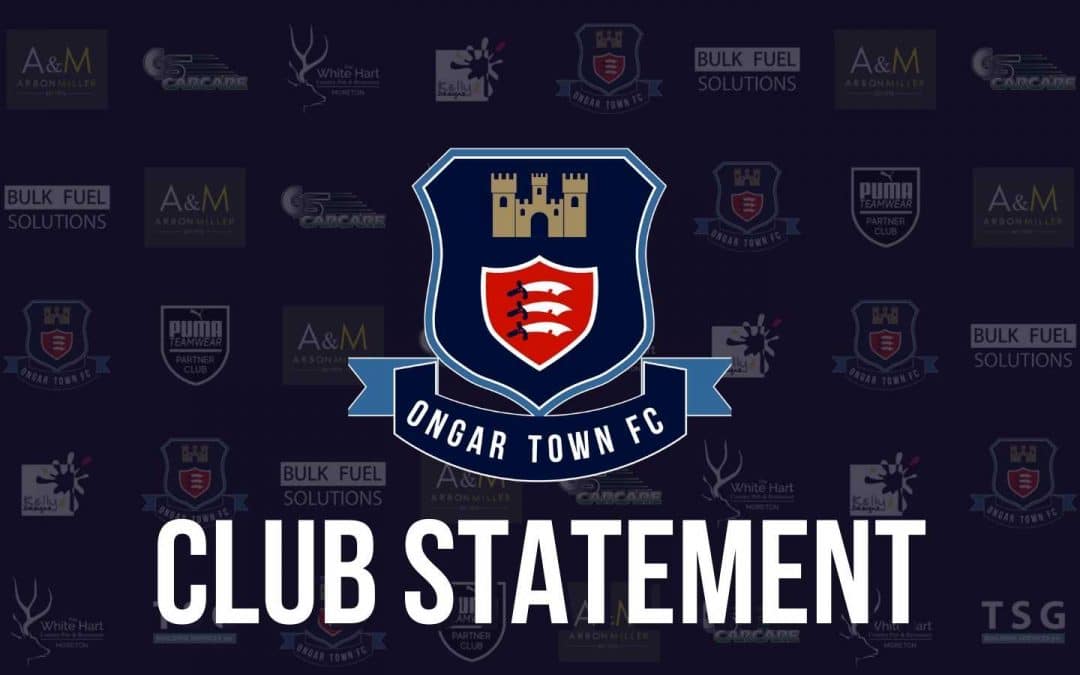 The EOFL constitution has been released, the Ongar Town now wants to state the changes that have happened since the end of the season.

Our first team manager Richard Ponsford and his assistants have left the club to become the management team at Ilford FC in the Essex Senior League along with players. We wish Richard and the players every success in their development and progression in football which they all whole hearteldy deserve.

Our chairman Simon Boultwood has tried to establish a management team who could form a new first team and continue our place in the Premier Division. There was interest from experienced and well known persons in non-league but due to the very short time available to us since knowing the situation, it wasn’t possible to do this.

This has had an effect on our level of sponsorship which constrains our position also. It was decided to continue with the backing of the remaining players, who have given their full support behind our chairman, and the sponsors who are still supporting us.

We have not dropped to the fourth division, it is where our reserves are currently, who will now be our first team. Our new manager is Jordon Calver who will take over from now with his management team. New players are joining and our full pre-season programme is nearly full. We are looking for a game on the 9th July. Please contact us via twitter.

Our aim now is to reclaim our place in the Premier Division and beyond and to expand the club on the way. Same plan we have had since we started.